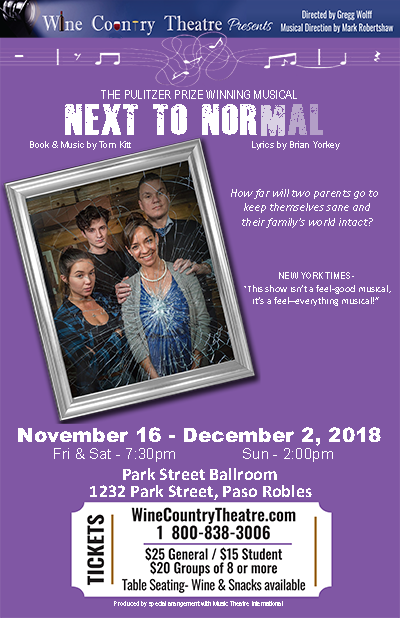 An emotional powerhouse of a musical, NEXT TO NORMAL features a compelling Tony Award-winning pop rock score that shatters through the facade of a suburban family dealing with the traumatic effects of mental illness. Winner of three Tony Awards and the 2010 Pulitzer Prize for Drama, this intense, emotional, yet ultimately hopeful musical makes a direct grab for the heart with a story that takes us inside the lives of a typical American family that's anything but typical. The New York Times said "NEXT TO NORMAL is a brave, breathtaking musical...It is something much more than a feel-good musical. It is a feel-everything musical."

This pop-rock musical by Tom Kitt and Brian Yorkey investigates the effects of mental illness and trauma on a family that's desperately trying to keep it together. The driving music, comedy and typical family moments reveal a deeper understanding, and empathy for, those who have lived with mental illness. Directed by Gregg Wolff, with Music Direction by Mark Robertshaw, the show features a cast of six outstanding local performers. Veronica Surber plays Diana Goodman, the mother, who [has suffered/ suffers) from bipolar disorder. She tries desperately to balance sanity, happiness and her commitments to her family. Her disorder takes a turn for the worst and her husband, played by Gary Borjon-Hernandez, can no longer pretend that all is well. Her daughter, Natalie, played by Julia Seibert copes with her family life by being a perfectionist, and the son, Gabe, played by Elliot Peters hangs on to his mother no matter what the cost. Ritchie Bermudez plays several doctors who treat Diana and Phineas Peters plays the loveable, slacker boyfriend, Henry. Each character is integral to the story and fully developed. 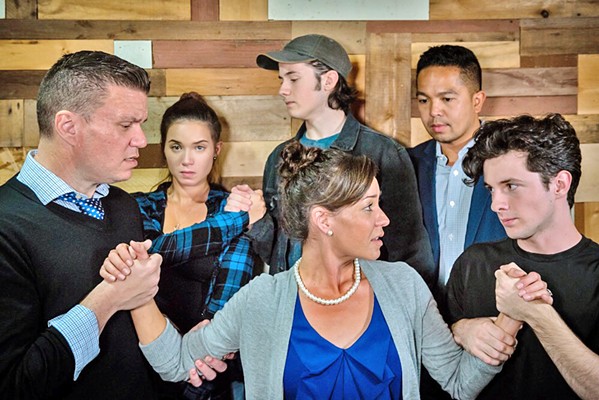 WE STILL GO ON
As Diana (Veronica Suber, center) grapples with bipolar disorder, everyone in her life--her husband, Dan (Gary Borjan); daughter Natalie (Julia Seibert) and her boyfriend, Henry (Phineas Peters); therapist Dr. Madden (Ritchie Bermudez); and the memory of her deceased son, Gabe (Elliot Peters)--navigates the illness in their own way. 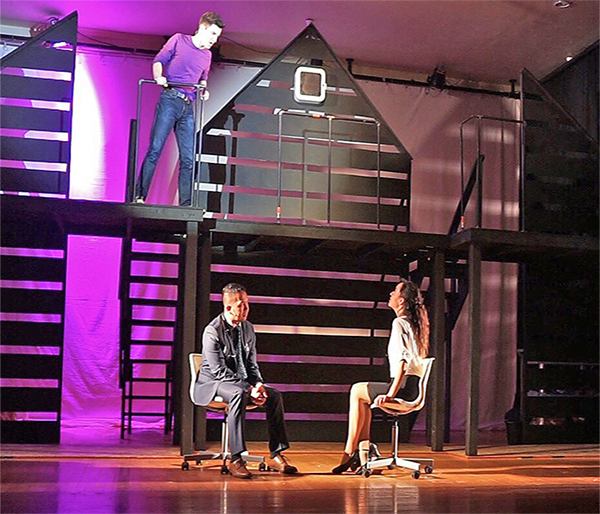 WHO'S CRAZY?
Diana (Veronica Surber, right) is haunted by memories of the son she lost, Gabe (Elliot Peters, above), and tries to get better with the help of her therapist, Dr. Madden (Ritchie Berudez) 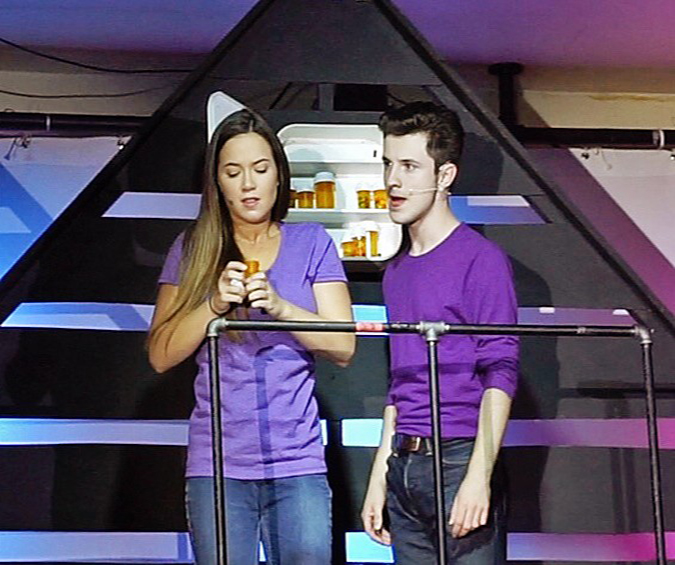 Coping
Tired of being the "invisible girl," Natalie (Julia Seibert) raids her mom's medicine cabinet while the spirit of her brother, Gabe (Elliot Peters), looks on. 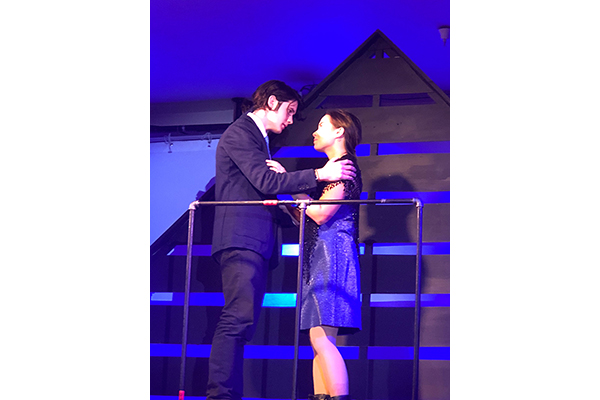 Phineas Peters and Julia Seibert - Hey/Perfect For You (reprise) 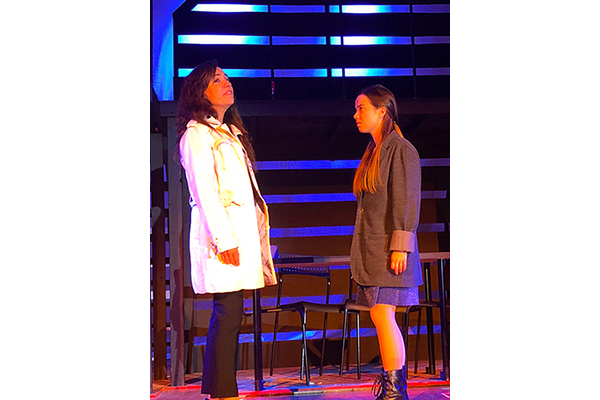 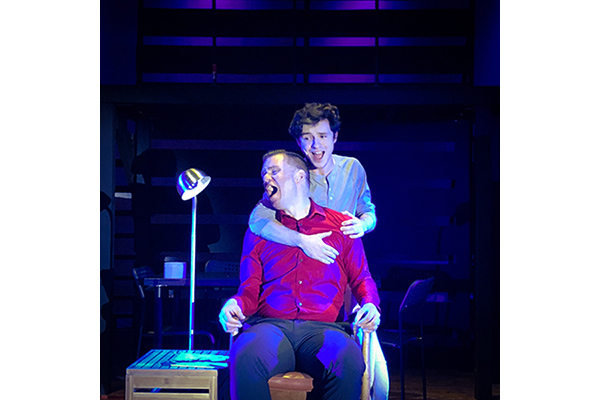 Gary Hernandez-Borjan and Elliot Peters - I Am The One (Reprise) 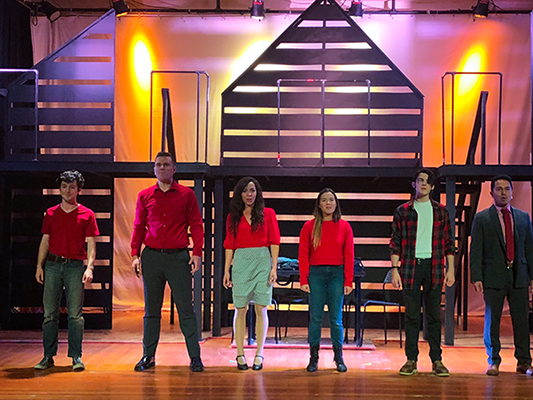