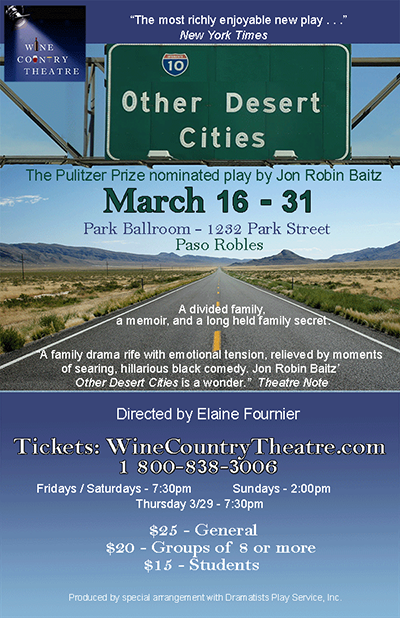 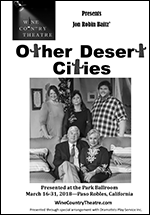 This 21st century play, a finalist for the Pulitzer Prize, has been described as "funny and fierce, invigorating and intelligent." The story takes place in the Wyeth home in Palm Springs, California on Christmas Eve, 2004. Lyman and Polly Wyeth are old school Hollywood Republicans, friends and colleagues of the Reagans, Lyman worked as an actor, then ambassador under Reagan. Polly was a screenwriter with her sister Silda, a recovering alcoholic currently living in their home. Their adult daughter Brooke is returning home for the first time in six years after having suffered a nervous breakdown, bearing the manuscript of her second novel for their perusal before publication. Both Brooke and her younger brother Trip (a TV producer) have differing political and social views which they attempt to put aside for the holidays which (being Jewish) they celebrate at the Country Club in Palm Springs.

It is what lurks beneath the surface of this family that is revealed, as some long-held family secrets come to light when Broke reveals the nature of her book. The play asks some important questions on family loyalty versus the writer's quest for truth. But whose truth? And at what cost? 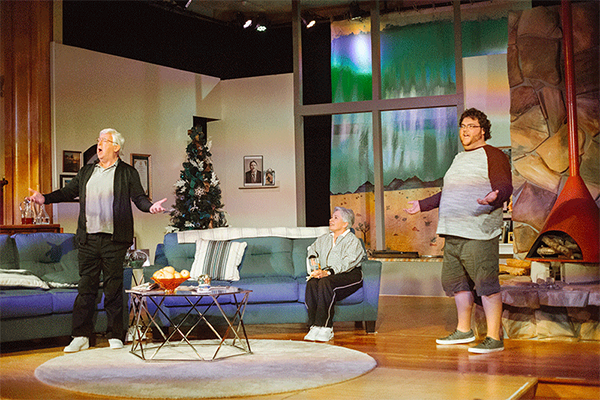 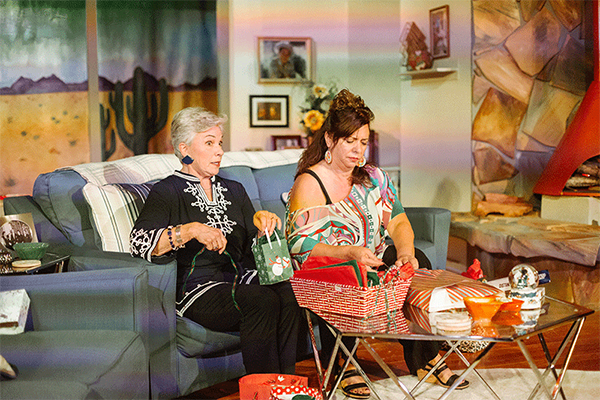 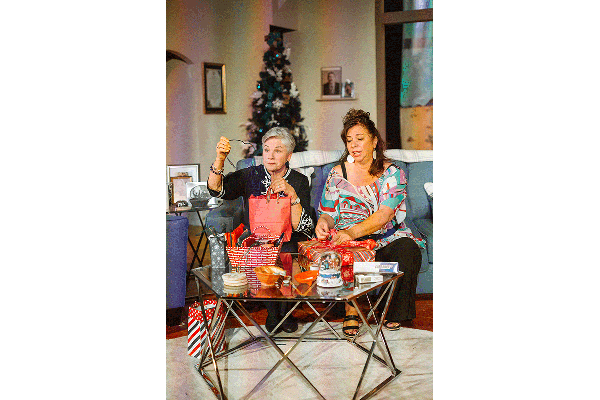 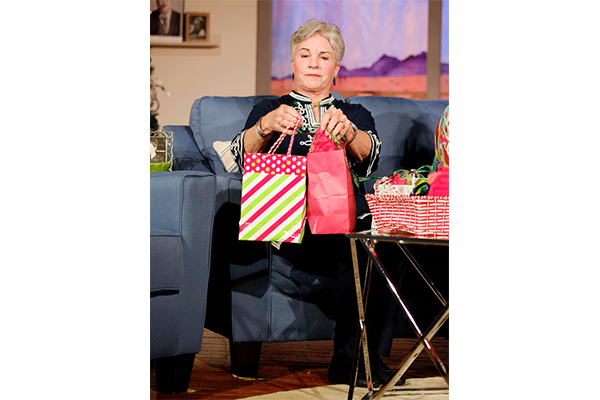 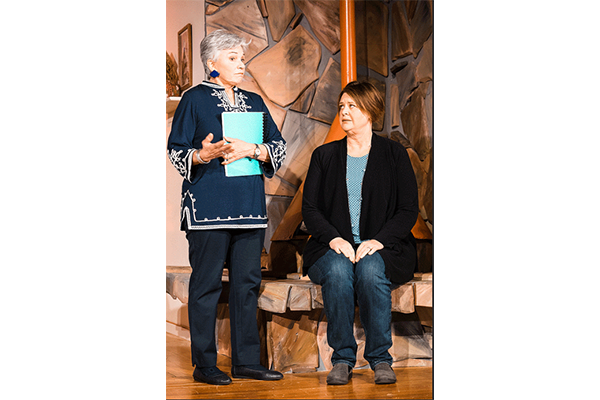 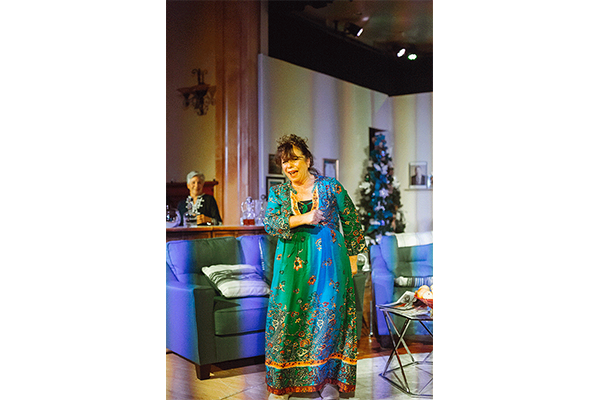 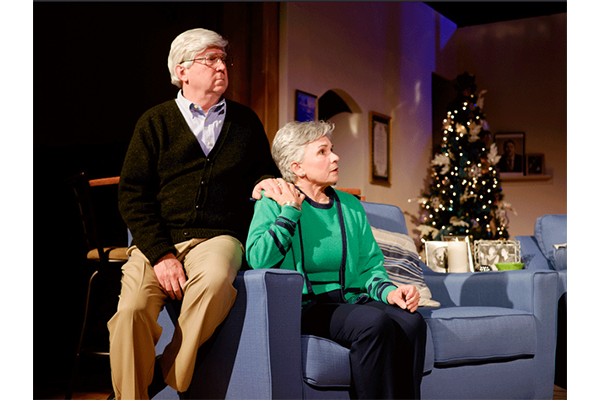 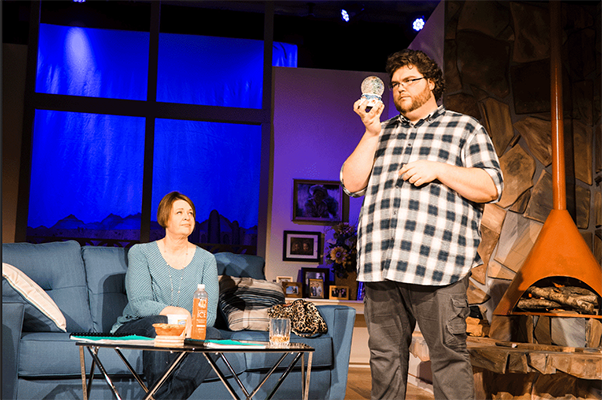 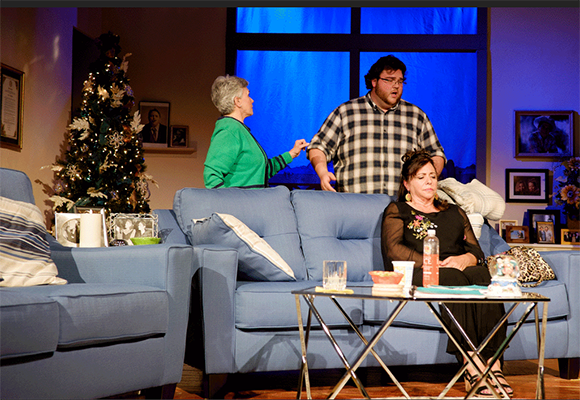 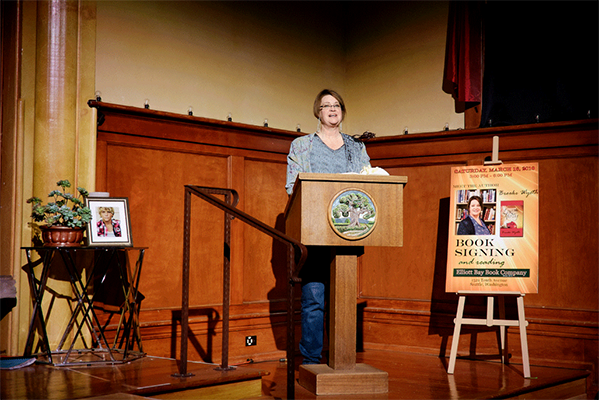