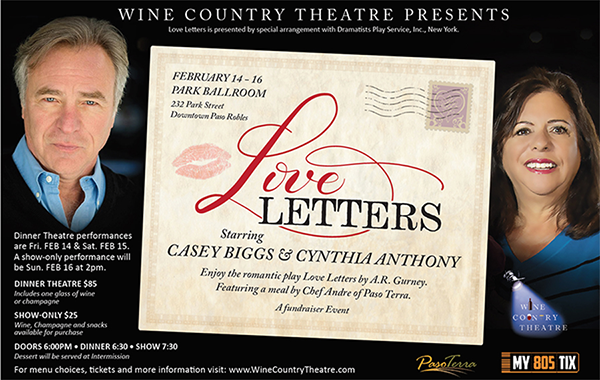 Just in time for Valentine's Day, Wine Country Theatre will present the two-character play along with an outstanding dinner prepared by Andre, Master Chef of Paso Terra Restaurant.

Guests will enjoy a three course meal and a complimentary glass of wine or champagne. More wine and champagne will be available to purchase throughout the performance.

Love Letters, a gentle, funny romantic play tells the story of two people that spans decades, from their first meeting in second grade into late adulthood.

Love Letters was a finalist for the Pulitzer Prize in Drama, and has been performed throughout the world. The story is told through letters, notes and cards exchanged over a lifetime between two people. The set is simple: only two chairs and desks, and the actors, although highly rehearsed, will read the letters aloud. This creates an intimate dynamic between the characters and the audience.

Performed by Casey Biggs and Cynthia Anthony, the play follows the relationship between a stuffy lawyer and a free-spirited woman. Both characters were born to wealth and position and are childhood friends whose lifelong correspondence begins with birthday party notes and summer camp postcards. Romantically attached, they continue to exchange letters through boarding school and college, their marriages, careers, a divorce, and even an affair. Through their correspondence they discuss their hopes and ambitions, as well as the dreams and disappointments that have passed between them throughout their separated lives. According to one reviewer, "The most poignant element of the piece is the story between the lines, the words they cannot bring themselves to write." 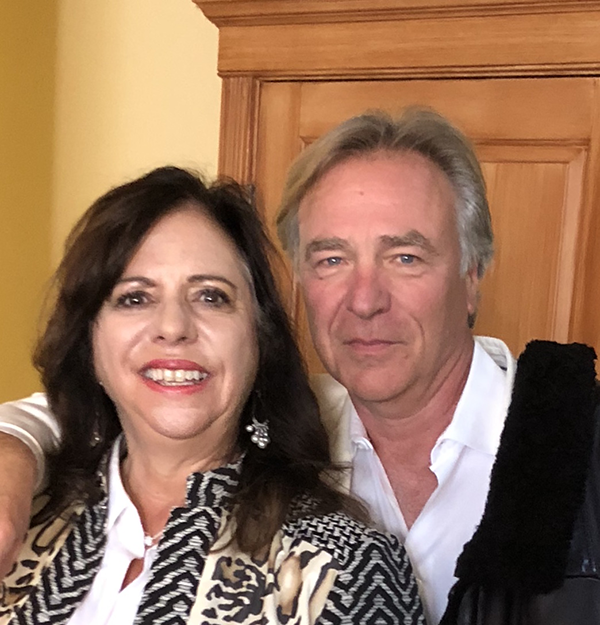