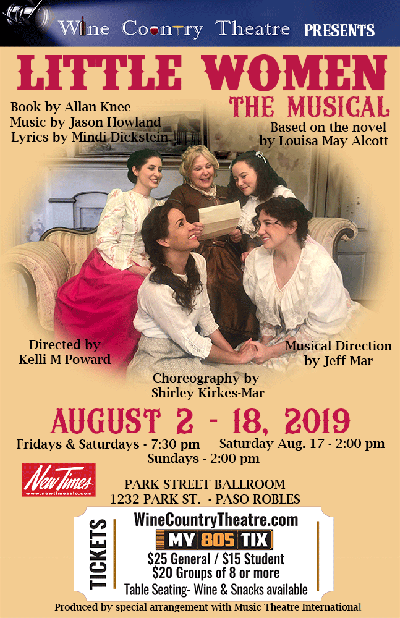 The novel "Little Women" by Louisa May Alcott comes alive in this new Broadway musical adaptation. Perfect for the whole family, this high-energy production is directed by Kelli M Poward, with musical direction by Jeff Mar and musical numbers staged by Shirley Kirkes Mar. Winner of three Drama Desk Awards and having earned a Tony Award nomination, the musical soars with vibrant song and dance.

With book by Allan Knee, music by Jason Howland and lyrics by Mindi Dickstein, the musical is based on the Louisa May Alcott novel, which follows the adventures of Jo, Meg, Beth, and Amy March as they grow up in Civil War America. Jo longs to publish a novel. Meg longs for a fiancé. Beth longs for a piano. Amy longs to be admired. As relevant today as when it was written, this timeless tale has been given new life as an exhilarating new musical filled with glorious song, dancing and a few tears. Jason Howland's score celebrates personal discovery and a young America finding its voice and coming of age in a time of challenge and transformation. 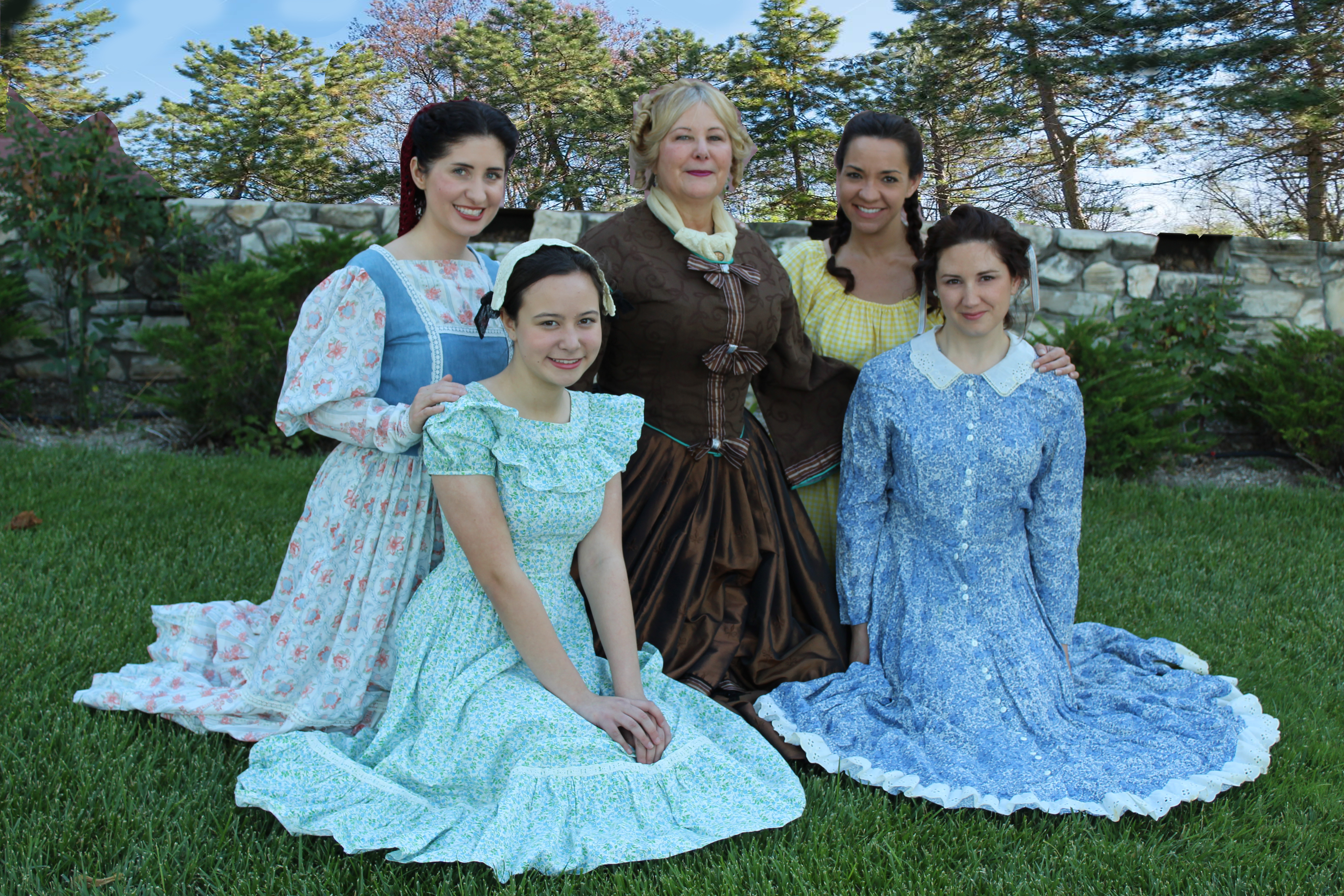 Mrs. Kirk (Lindsey Taylor) and Professor Bhuar (James Brescia) are captivated by one of Jo's stories. 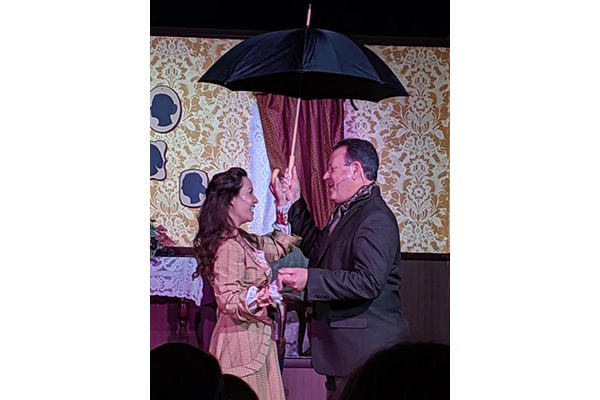 Small Umbrella in the Rain, sung by Jo and Professor Bhuar.