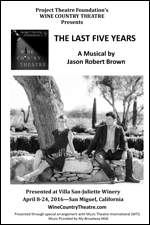 The Last 5 Years is a musical love story for a new generation. The story explores a five year relationship between Jamie Wellerstein, a rising novelist, and Cathy Hyatt, a struggling actress. The show uses a form of storytelling in which Cathy's story is told in reverse chronological order (beginning the show at the end of the marriage,) and Jamie's is told in chronological order (starting just after the couple have first met.) Their characters do not directly interact except for a wedding song in the middle as their timelines intesect. 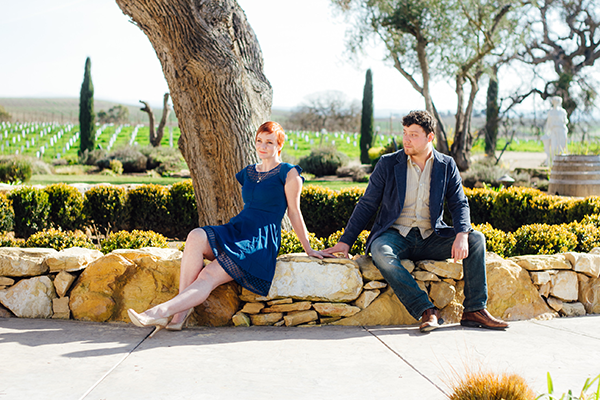 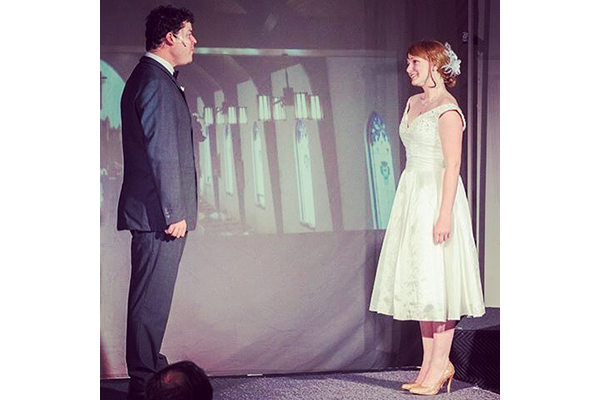 The wedding occurs in the middle of the show. 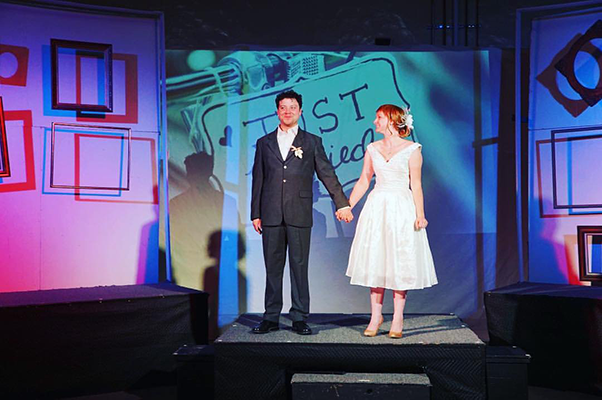