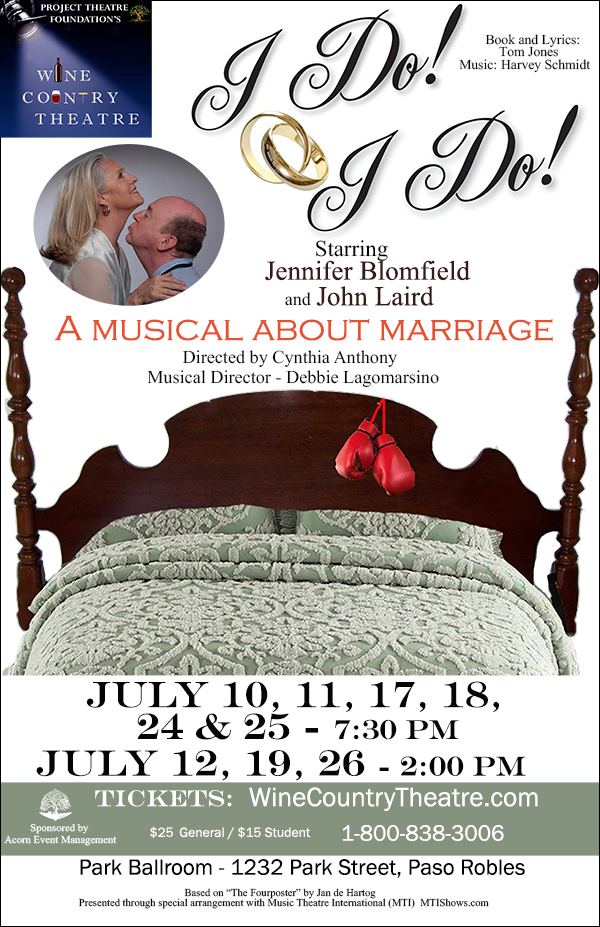 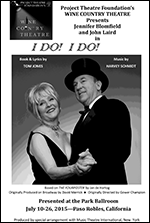 This intimate two-person musical follows the marriage between Michael and Agnes from their wedding day through 50 years of married life. Jennifer Blomfield and John Laird star in this endearing production written by the same team (Tom Jones, Lyricist and Harvey Schmidt, Music) that wrote the longest running musical in history, The Fantasticks.

Directed by Cynthia Anthony, with Musical Direction by Debbie Lagomarsino and Choreography by John Lambie, the show begins with all the joys and hopes of a wedding day (and night). By the time the curtain closes on Act I, Michael and Agnes have had two children - a son and a daughter - and survived a near breakup as each copes with middle age. Their life together continues in Act II with the maturation of their children, leaving them alone together in their house unsure of their relationship now that the children have moved out. Ultimately, this rite of passage in their marriage passes as they prepare for the next phase of self-discovery, and, eventually, move out of their house into retirement and the twilight of their lives. "Perhaps the best way to describe this story is through the titles of the witty songs.," states Director Cynthia Anthony. "Beginning with the title song, I DO! I DO!, then "I Love My Wife", "Something Has Happened", "Love Isn't Everything", "Nobody's Perfect", "The Honeymoon is Over", "When the Kids Get Married", "Someone Needs Me" and "This House". The most famous song from the show, "My Cup Runneth Over" became an international hit due to its intensely romantic melody and lyrics."

Everyone can relate to this humorous tale of love found, fought for, lost and rediscovered. Asked by a family member, "What's so funny about a couple that's been married for 50 years?" Anthony replied, "What isn't?" Humor, forgiveness, acceptance and self-reflection are all explored in this musical that is set entirely in the bedroom of Michael and Agnes. The intimacy and fights, fears and joys, humor and tears of a troubled, yet loving, marriage are shared with the audience in the lovely Park Ballroom, which has been the theatrical home for Wine Country Theatre this season. 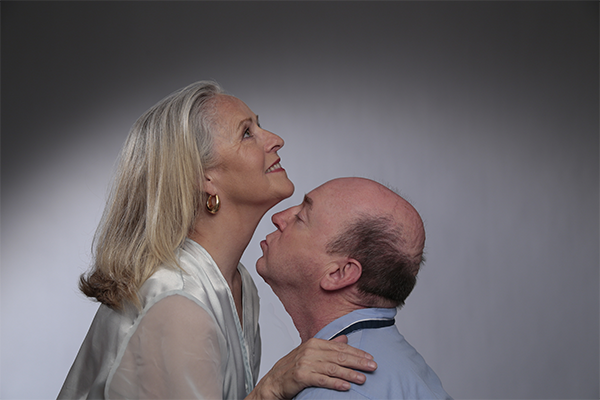 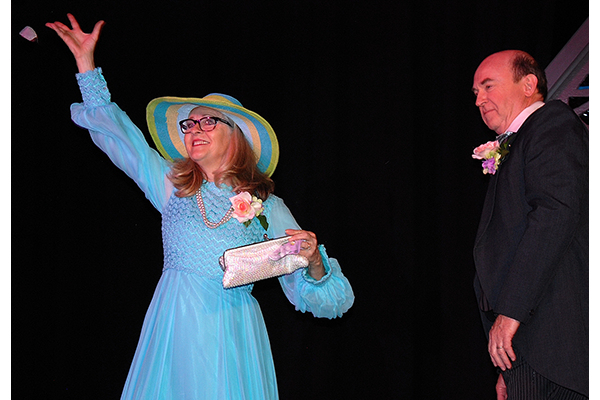 Agnes (Jennifer Blomfield) and Michael (John Laird) are joyful at their sons' marriage, showering the couple with rose petals, just as they had experienced at their wedding, thirty years prior. 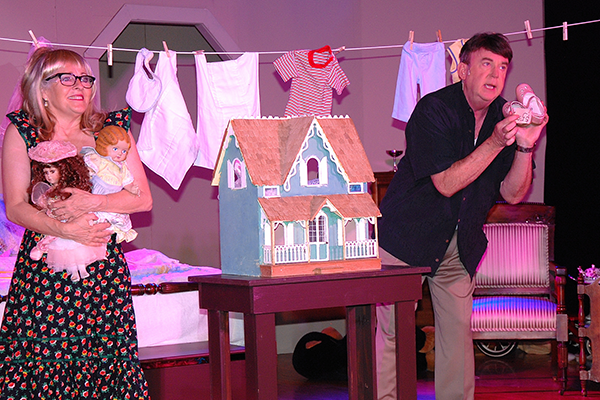 Agnes and Michael sing of the joys and trials of being young parents. 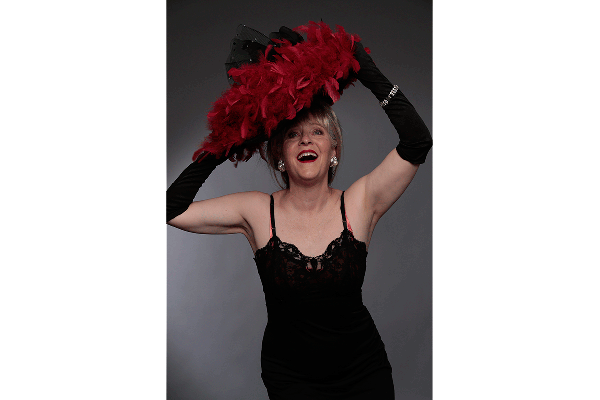 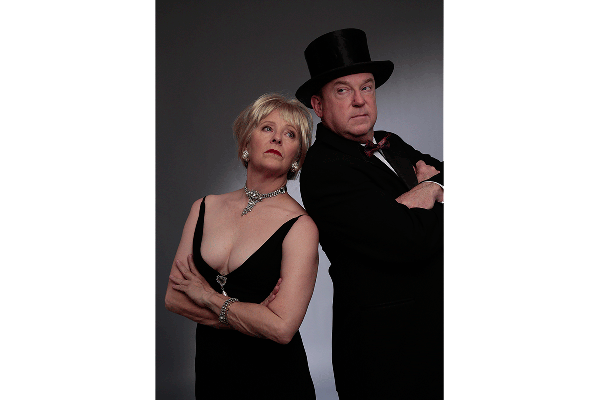 As the years pass, the marriage is challenged and the tensions rise. 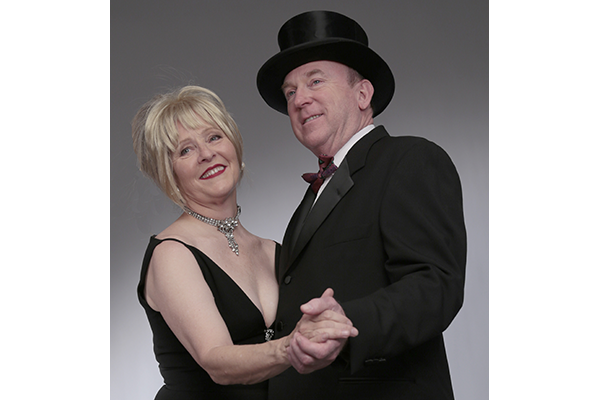 A family crises compels the couple back together, and they rediscover the deepness of their love. 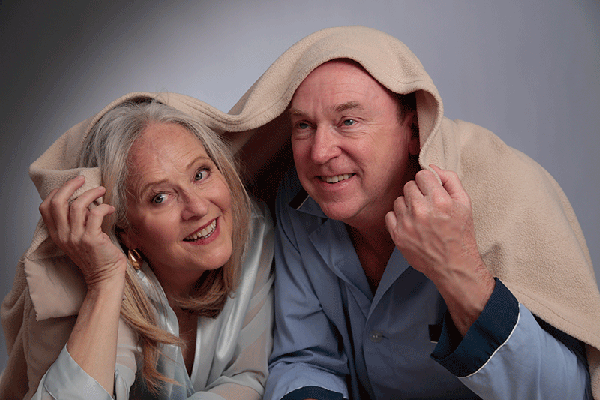 In I Do! I Do! a bed dominates the set and becomes the metaphor for a lifelong marriage, full of laughter, sorrow, connection and struggle. 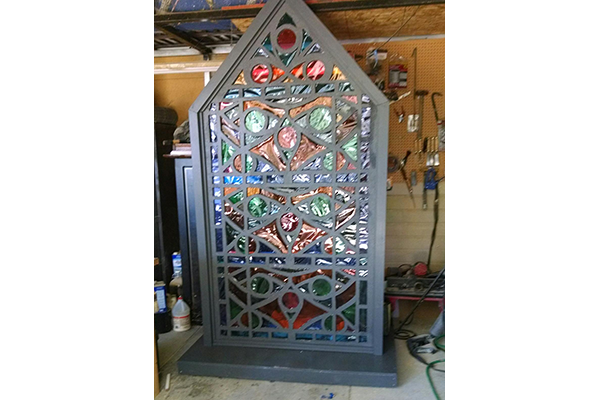 Musicals challenge theatre artists to create effective and quickly changeable sets. Here, a beautiful stained glass window that is the setting for two weddings in the show is masterfully created by Wine Country Theatre artists Richard, Vincenza and Laurie Zenobio. 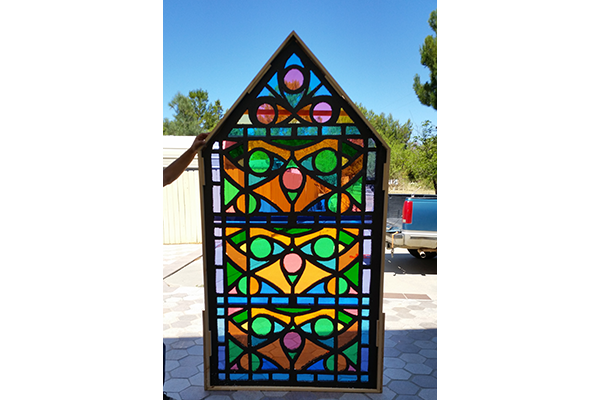